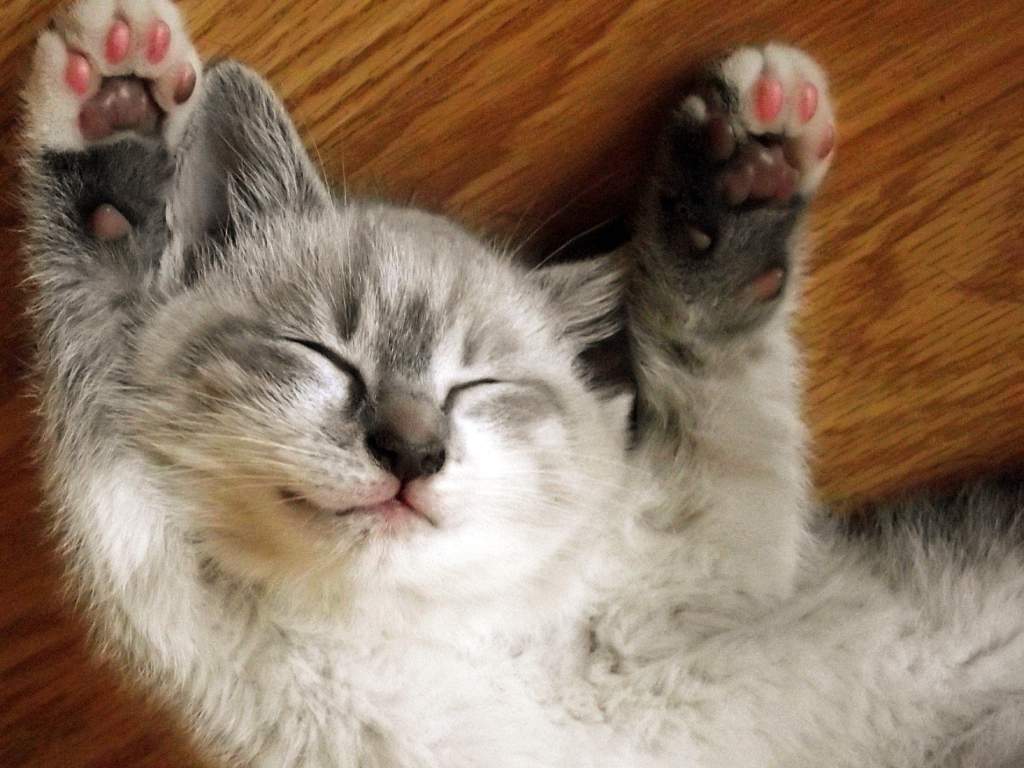 Placeholder kitten doesn't think any of this will come to pass
The point of Future/Past is to jot down my thoughts on trends in technology. As I am fairly well versed in technology, my thoughts are probably better informed than many. Which does not mean I won't be wildly wrong in five or ten years (or right now). So I thought it would be fun to actually collect these thoughts in one place, and see how well, or, more likely, how badly I do.

I had planned to make this a series of pages, and I still might, but for right now I'll put it in chronological order. As the entry gets older and older, we can expect it to get wronger and wronger. Unless I'm better at the future than I expect.

So let's begin, and see how this goes, shall we?

A few articles had me thinking more about technology and where we are headed with it. The first was an article in the NYT which suggests that the military is already planning to build terminator, like it or not. The second was a slightly more prosaic article answering questions about Microsoft's VR strategy. And the third involved the question of what the heck are we going to do when everything is self-driving.

Up until now I hadn't been thinking about VR (virtual reality) and AR (augmented reality) as separate products. And I really hadn't thought about the fact that, with a computer backpack AR could be full power and completely untethered. For those who aren't familiar, the article does a nice job explaining what VR and AR are:

HoloLens is an augmented (Microsoft prefers “mixed”) reality headset, which inserts holograms into reality. Virtual reality headsets totally overwrite your view of the world, using magnifying lenses and a flat screen to project an image around your entire field of vision. You can load the same 3D objects in both, but a VR headset will display it in a completely virtual environment, while HoloLens will project it on top of whatever you’re already looking at.

So AR will be, in the future, completely mobile. And with the sensors going into their headsets and things like Google's phone, the so-called "inside-out, six-degree of freedom tracking", objects inserted into AR will be as realistic as, well, real life.

VR has been more interesting because up until now we haven't really been able to master the question of walking around and moving your head. There's been some really interesting work done to fix this (see for example this video of current 2d treadmills), but in general we're currently at a place where not moving is better. I hadn't realized there were actually VR games that were already working within these constraints (or not working in some cases). 'Damaged Core' is one I've seen being hailed as a good game given current tech limitations.

So where are we headed? I think probably full on VR and AR, both with full motion. I think we'll see bluetooth glasses or something similar that will take us out and about. I'm not sure how interactions with the device will take place - there are cute little controls being developed, but I'm leaning towards jewelry with gestures.

We've already seen some interesting developments in Pokemon Go, but that was obviously rudimentary at best. I think the first good game that comes out with a functional headset is going to kill it (and also probably kill someone, as people were already wandering off cliffs when they were just looking at their phone).

As for self driving cars, and weapons of war, I feel a bit behind the curve on this one. It's been so obvious for so long that they were coming that I hadn't thought about some of the implications. For example, the article on trucking notes not only that there are a lot of truckers soon to be unemployed, but also that all the industries that exist to support them will fold - I'm assuming the gas station question will be solved, perhaps by having people working at the station to fuel the driverless trucks, but restaurants along the way and such will probably fold.

I do think it will take longer than predicted (2025, I think) before we actually allow these things to drive without drivers - I think the caution will be there for at least a generation. Just fear that the machines will run rampant.

And as for weapons of war, of course they'll become self-driving. And of course the military is already there. Because the military isn't paid to think about the ethics. I'm deeply concerned that we're already too late to stop them from building automated killing machines (in fact, I would bet money armed drones (self guided) are already deployed. As long as nobody knows, there's no reason not to. Probably currently with a gasonline engine to provide enough power over time).

This will have an interesting effect on logistics for the military - why risk people when you can send an armed convoy into hostile territory that drives itself. In point of fact, I'm not sure why we wouldn't be using drones to deliver people where they need to be in general. A transport without a crew is less problematic when putting people into hostile areas (although the question as to whether a robot can handle problems as well is open). But I think troop uber is coming sooner, rather than later.

In both cases - military and civilian, we're well behind on deciding who is responsible when (not if) a robot kills a person. The people who need to make these decisions aren't, and I'm concerned the people who should be debating this aren't as well. Hopefully there's some very smart people somewhere coming up with a plan, but I can't imagine any corporation will let rules go through that in any way implicate the maker. The recent Tesla fatality might lead to some interesting rules, but I doubt it. If it does, it's because the big players weren't paying as much attention as they should be.

Please let me know if this has been helpful, or at least entertaining! If you've learned something, even if it's just that I can't prognosticate to save my life, feel free to tell everyone about it!